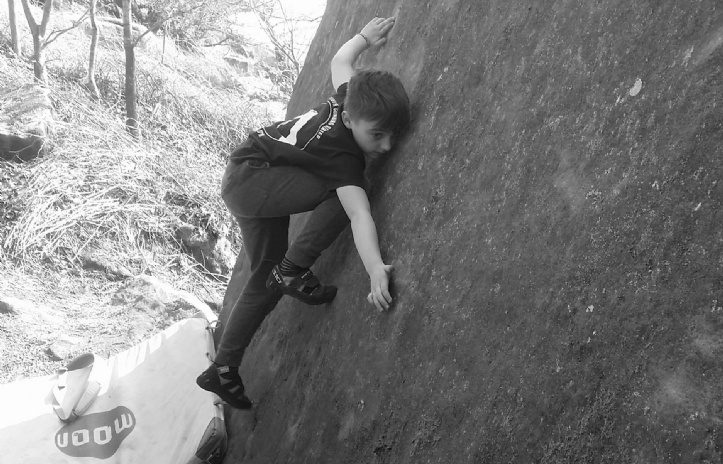 Spike F from Totley Primary School is quickly becoming set to become a national champion at a very young age.

10-year-old Spike Fullwood has been climbing since he was old enough to walk. With parents who are both climbers, he was introduced to climbing indoors and outdoors from the youngest possible age. Growing up in Sheffield means Spike has easy access to a wide range of climbing areas in the Peak District, as well as indoor climbing area in places such as the Climbing Works. In fact, at the young age of just 5, Spike joined a climbing group at The Climbing Works, and now trains with he 2-3 times a week.

He began taking part in competitions at the age of 7, when he was old enough to compete. The main national competition is the Youth Climbing Series (YCS) which is run by the British Mountaineering Council, the main body representing all types of climbing in the UK. The competition takes place at climbing gyms all over the country in a series of regional events. The top placing competitors from these rounds then compete in their 8 regional finals. The top three from each category from these finals then go on to compete in a two-day national final. This is the main youth climbing event in the UK and the winners are considered the UK competition climbing champions for that year. 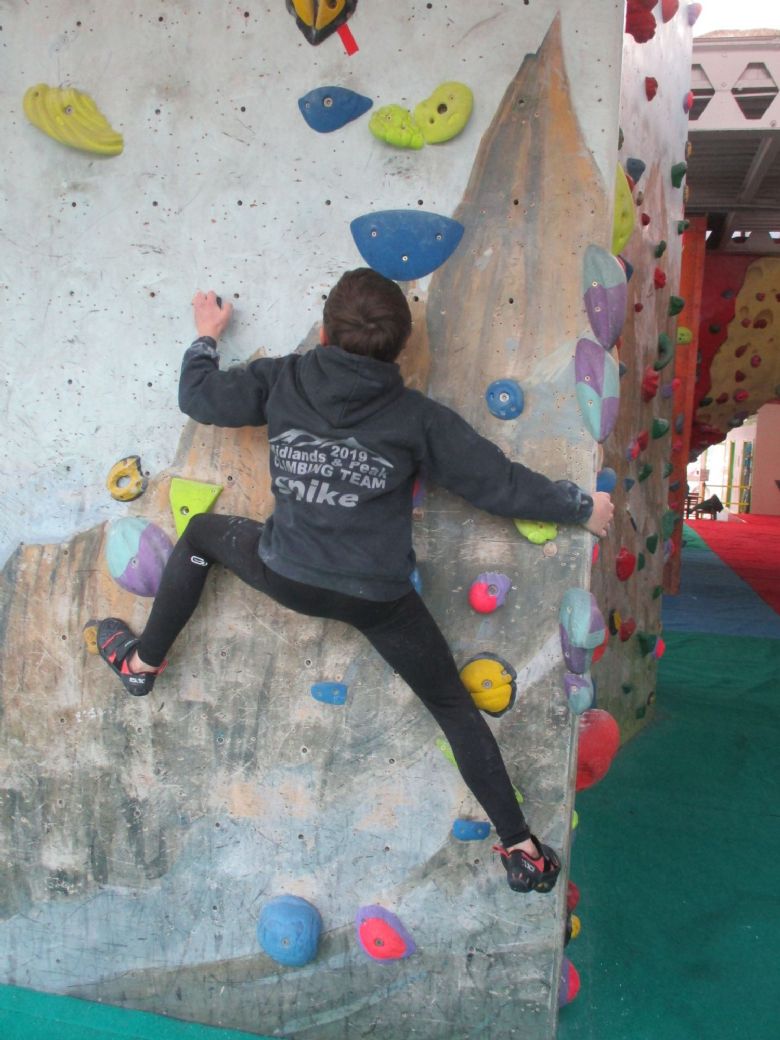 The competitors are grouped by age and gender with each of the age categories covering two years of age. Spike has competed twice in the Boys Youth E category. In the first year he came 3rd in the regionals which got him a place in the finals in Edinburgh where he came 6th. He was in the lower half of the age band that year so was very pleased to make 6th. Last year Spike came 1st in the regionals and 1st in the finals which were held in Sheffield at the Depot and Awesome walls facilities.

This year’s YCS competition is now underway, and Spike has already aced the rounds so far. Currently he’s taken part in 2 of 4 regional rounds. If at the end of those he can make it to the top three competitors from the Peak and Midlands region, he then places in the final in April! As the competition is age banded, he’ll have done very well if he can make the final, as he’s competing against older (and crucially for climbing, taller) boys this year. Last year when he won, he was at the upper end of the age band, hence had the advantage.

Inspired by their friend’s climbing success, a group of Y5s and Y6s from Totley Primary School, along with Spike of course, recently took part in a climbing competition at the Climbing Works. The way the competition works is that the children pit themselves against a series of climbing obstacles and score points depending on how far they get. This can then be compared against the other schools who have had a go and will decide on who goes through to the finals.

Everyone at Totley Primary School is so proud of Spike and the achievements he’s making in climbing. He’s such an inspiration, and the success he’s seeing is testament to the hard work and determination he has put into the sport since he was a very young boy. We look forward to seeing how he continues to progress over the years and we’re sure he’ll do himself, his family and the school proud.